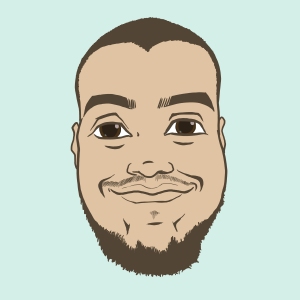 windows through which a man can see God.

This is a conversation between two youth workers at one of the lesser-known Church-leaders gatherings around town at their boss, the Reverend’s, request. They’re seated at the back where nobody can hear them debate under their breaths. Their conversation eventually escalates, so they decide to continue it on one of their phones lest they disrupt the proceedings.

X: Pentecostalism or Classical Pentecostalism is a renewal movement within Protestant Christianity that places special emphasis on a direct personal experience of God through baptism with the Holy Spirit.

Y: I get it now.
I don’t think it is denominational. However, because people have cultures that they’ve come from (which are religiously influenced/biased), navigating the way Jesus enters their lifestyle is tricky. The thing to pursue, i think, is to emphasize letting Christian teaching influence (and result in) Christian practice regardless of where they’re from.

X: Exactly, we are still getting it twisted.

Y: I agree. We’ve turned (or assumed) a relationship with Christ (being born again) into yet another religion (Pentecostalism).

X: What does RELATIONSHIP with Jesus mean? How many times have you seen it in the Bible as an indication of having faith in Christ?

Y: “Relationship with Christ” is what we’ve called becoming a follower of Christ. Come to think of it, i don’t know where it is mentioned in the Bible. I’ve never seen it.

X: There in lies another problem. Following Christ is a whole other ball game from this ‘relationship’ jazz. The analogy used was/is Marriage, a lifetime commitment. First look at what we’ve turned marriages into, then look at the relationships we have. Then apply that use of the word to the current spiritual use of the word.

Y: Self-serving. Temporary. Departure at will. Selfish. Myopic. This is so true! Comparing and contrasting the two, it’s no wonder we are struggling. Maybe the analogy for our generation should’ve been “job/ work” but even those ones, we quit as soon as we’re tired, whether or not we have rent for that month.

X: “Relationship” with Christ is “God/The Spirit told me”. The Word tells us what it means but nah, it’s too hard. So we’ve replaced it with what we feel. Do people know what committing one’s life to Christ really means?

Y: Servitude. Slaves. Paul even uses that word. Many times. A commitment that is not hinged (solely) on sentiment. I agree that the relationship is exactly what it is. But because God is not here to physically say “that guy is not mine. he just says he is”, anyone can and has taken any and all carnal experiences and labelled them “my relationship with Christ” .

X: Is it evident in our?

Y: Is what evident?

X: We’ve also been sentimental, so how do we help? Minus Bible Study and our own reformation, is there anything else we can do?

Y: (Side note: We make money so we can show the unbelievers that our God can give money since that’s their standard of “good”)
So, that sentimentalism, it is the bane of our generation. We really have to live unlike what we’ve been told/taught. I think the Bible is the only way there.

Unbeknownst to them, someone at the front on the microphone utters a distinct “Amen” and they return their attention to the proceedings as the audience responds likewise. It’s lunch time. They get up and shuffle to the line in contemplative silence. Or hunger. It’s hard to tell with these things.

One thought on “notes.txt”

This site uses Akismet to reduce spam. Learn how your comment data is processed.